Kilkenny manager Brian Cody has changed it up again for this weekend’s game against Clare in the National Hurling League.

Joey Holden drops to the bench this week after being at full-back against Laois with Huw Lawlor taking that spot.

Padraig Walsh comes back into the side at centre halfback where Huw Lawlor played last week.

Conor Browne is in for Michael Carey at left halfback with Michael dropping off the panel this week.

Richie Leahy comes into midfield in place of Conor Fogarty who drops to the bench.

Walter Walsh comes in for Martin Keoghan at centre half back with Martin taking a place amongst the replacements.

And TJ Reid returns to full-forward in place of Liam Blanchfield who is a sub this week.

The game will be broadcast on KCLR On Saturday from 3pm with Adrian Ronan & Taggy Fogarty on duty. 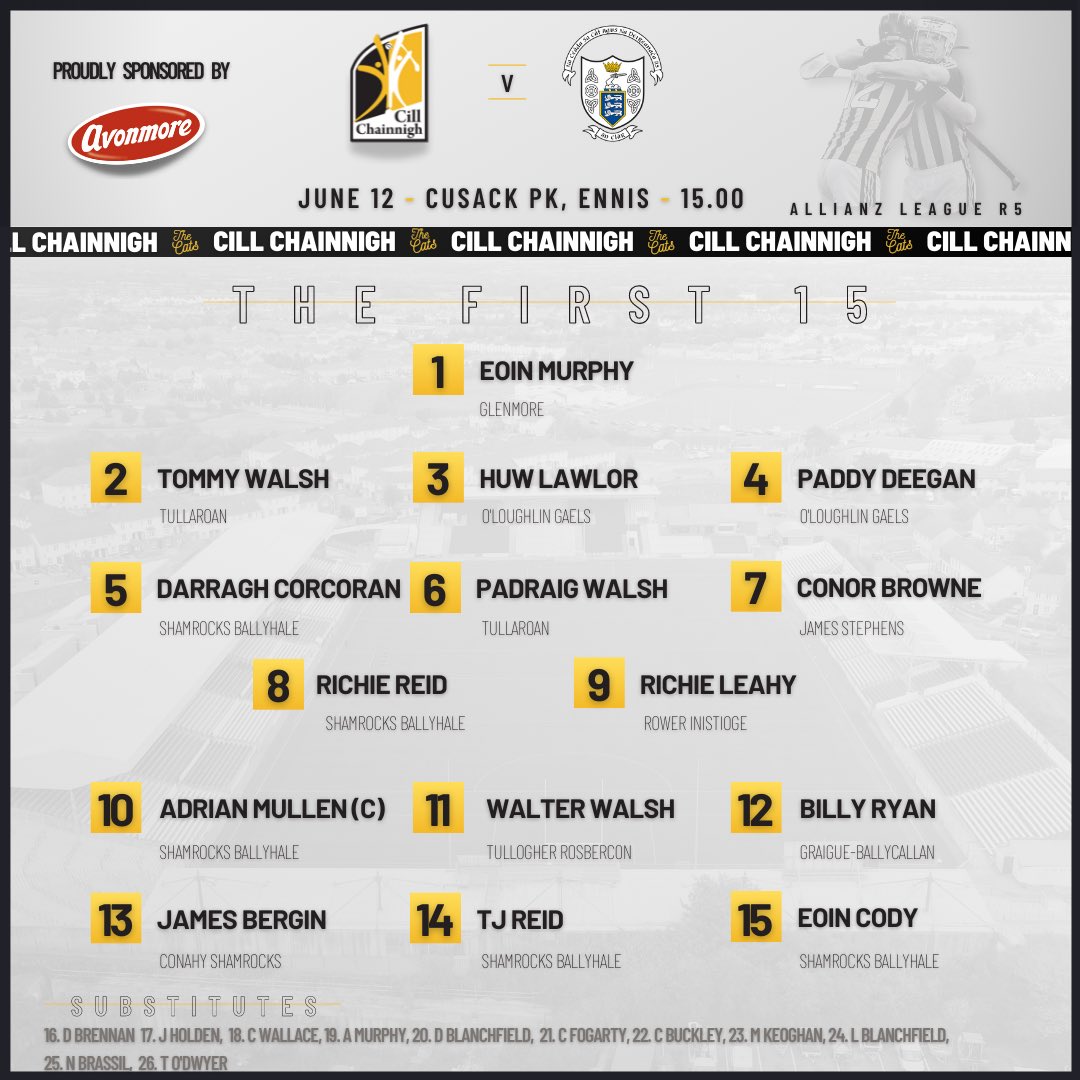