They made the decision on Monday to split up as they feel they've done their job.

The Club Players’ Association has disbanded.

The group was established in 2017 with the aim of tackling the fixtures issue for all players.

The CPA views its task as complete following the decision at Congress to implement a split-season.

Also in a statement, they confirmed: “Our reasoning has always been that the right approach to fixtures would provide a vastly improved platform for participation in games for all players at all levels. With that objective achieved, the time is right to step away.”

Read the full statement below: 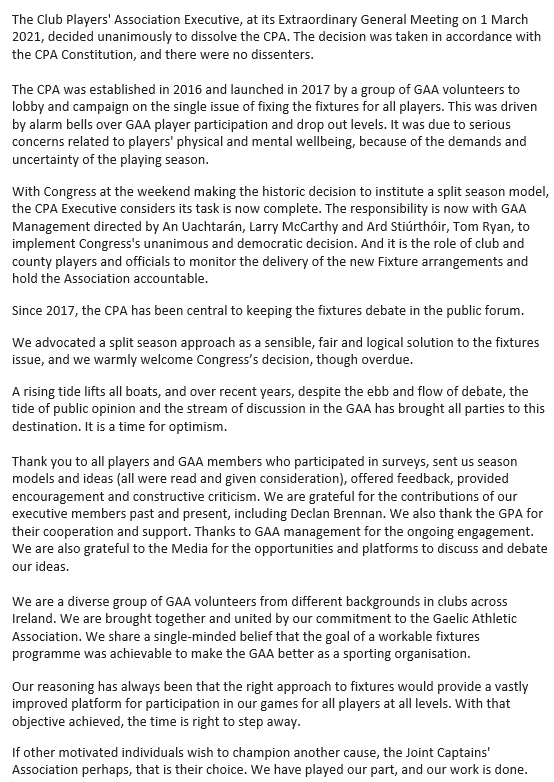 Job done after 50 months, final exec meeting last night of @ClubPlayerAssoc, phenomenal quality of exec team this year & their predecessors over last 4 years who have left a positive lasting change on GAA for the next generation #splitseason #fixturesfixed pic.twitter.com/xF7ueAnGpO