The Cats will be hoping to maintain their undefeated run in the league campaign in UPMC Nowlan Park this Sunday.

Brian Cody has announced the team that is set to line up against Laois this Sunday in Nowlan Park.

Much like the Antrim game, TJ Reid will not be playing after his tremendous display last time out against Wexford with Liam Blanchfield being preferred.

Billy Ryan who also put in a solid display last weekend keeps his place.  Martin Keoghan of Tullaroan gets the nod over John Donnelley while Eoin Cody replaces Alan Murphy.

In the backline, Joey Holden & Michael Carey start ahead of Conor Browne & Padraig Walsh, while Conor Fogarty replaces Richie Reid in the middle of the park.

The game will be broadcast on KCLR this Sunday from 1.45pm with Adrian Ronan & Brian Hogan on duty. 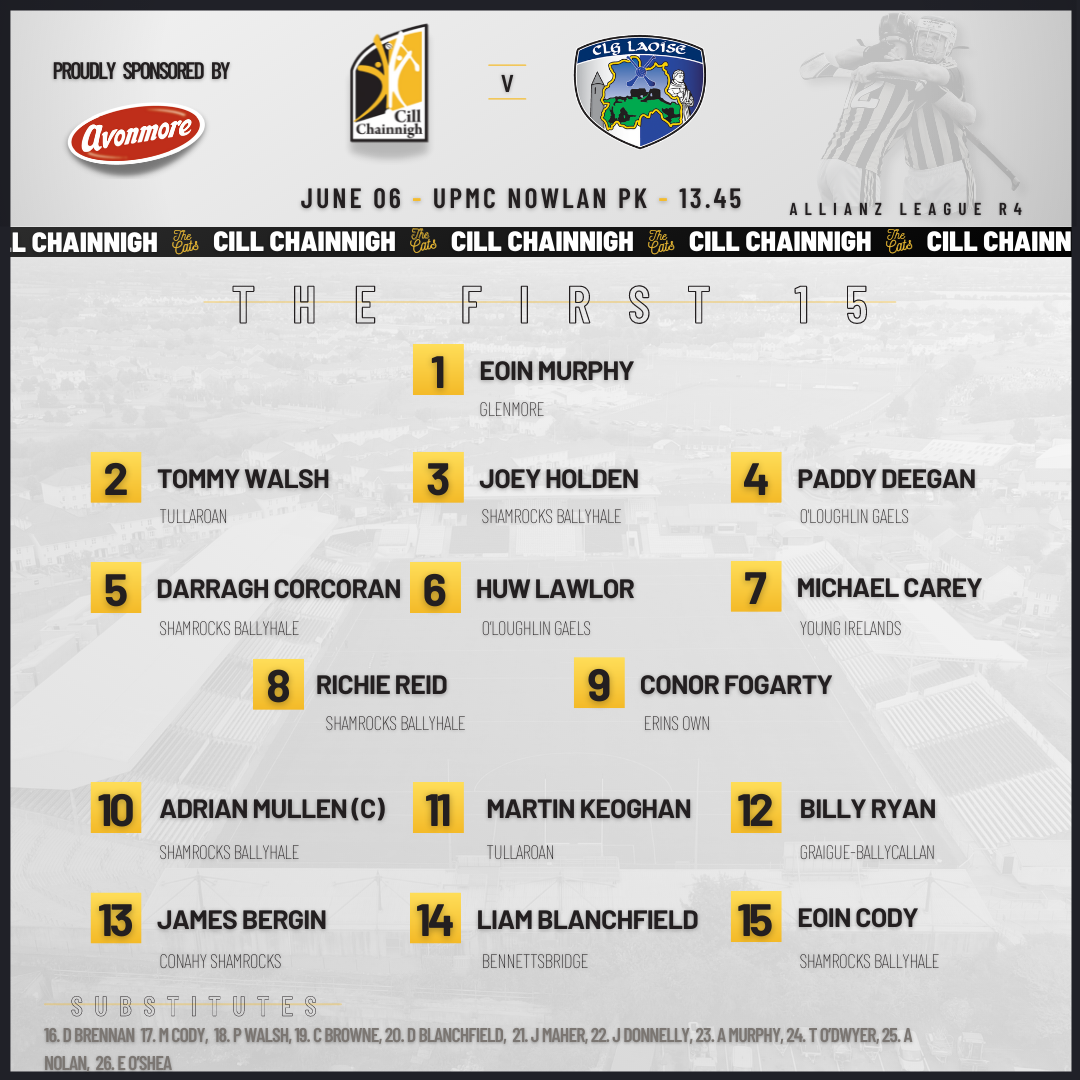